Humility is an underestimated quality in a tech worker, and it took me longer to find it than I would have liked.

In the old european guild system, a journeyman was an individual who had completed their apprenticeship, and was fully versed in their trade – however, they were not yet a master. I became familiar with this concept thanks to a man named Eric Clapton.

For me, music began with Clapton. As a child, I knew he was the best.

Needless to say, I was baffled when he released his 1989  album, Journeyman. I was already in the habit of looking up every unfamiliar word I encountered in a Casio Electronic Dictionary. This definition confused me, though. I knew that Clapton was a master, not a journeyman. 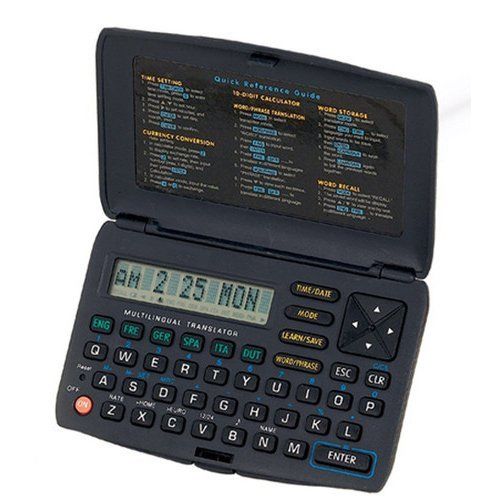 Throwback: It looked like this but the fancy translation features didn’t work (manufacturers used to do that).

It wasn’t until decades later when I started playing guitar that I learned that musicianship is an endless journey. That no matter how good you get, there’s always someone better. There’s always something new to strive for. I finally realized that the title of that album was about the humility Clapton found later in life when he acknowledged he would never be as skilled as he desired. Mastery, in his eyes, would always be just out of reach.

In Technology, Everyone is a Journeyman

In 2012, Google Chairman Eric Schmidt gave a speech honoring Alan Turing at Princeton University. He said, “One of the most interesting things about computer science [in 1976] is that you could almost know it all, because there were just enough people [in the profession] that you could talk to every one of them.”

It took me a few years to learn this lesson. To shed the arrogance of being young and knowingly talented. To realize that as talented as I might be, I couldn’t thrive alone. Even Clapton needs collaborators (and I’m not Clapton).

Come On, People Now, Smile On Your Brother, Everybody Get Together

This is why our industry has become even more focused on working in multidisciplinary project teams. We need each other’s skills now more than ever. And tomorrow we will need one another even more.

The downside is that change can be scary. Every day brings old sci-fi concepts to life:  Communicator watches, drones, and the entire contents of human knowledge in the pockets of every human; incredible, yet all revolutions unto themselves.

We have to come to terms with the simple fact that none of us are masters. It can be liberating to realize that we are all journeymen, and that we can practice our craft for our entire lives; always having something new to learn. Accepting this truth will make us tech workers more humble and kind to one another because we need each other.

And it turns out that much of the most incredible guitar work on Clapton’s “Journeyman” was performed by another journeyman guitarist named Robert Cray. Collaboration is an incredible thing.

READY TO MAKE AN IMPACT?